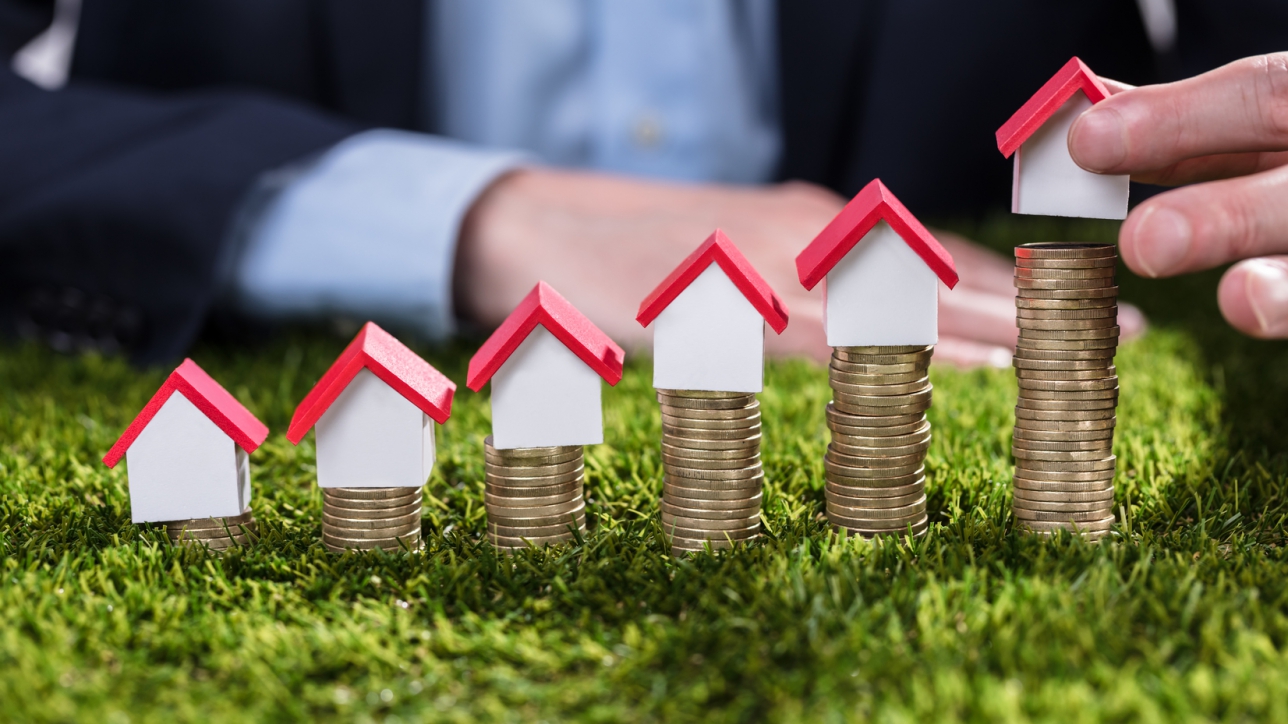 Last week was another FOMC meeting where they raised the Fed Funds rate to the range of 1.75 to 2.0%, in what was a widely anticipated move.  The attention now shifts to the meeting in September with the market pricing in an 81% chance the Fed moves rates for a third time this year.  Also, there is now a 50% chance the Fed raises rates a fourth time in December.

Turning to the Treasury market, the 10yr is holding below 3% and is currently trading at 2.92%.  The constant public sparring over tariffs has the market somewhat concerned about the possibility of a slowdown, which is keeping mortgage rates lower.  One major item to watch closely is the spread between the 2yr and 10yr Treasury, often referred to as the shape of the yield curve.  It’s running dangerously low at 0.35%.  That’s the lowest it’s been since 2007, right when the Fed started their campaign of lowering interest rates to stimulate the economy. 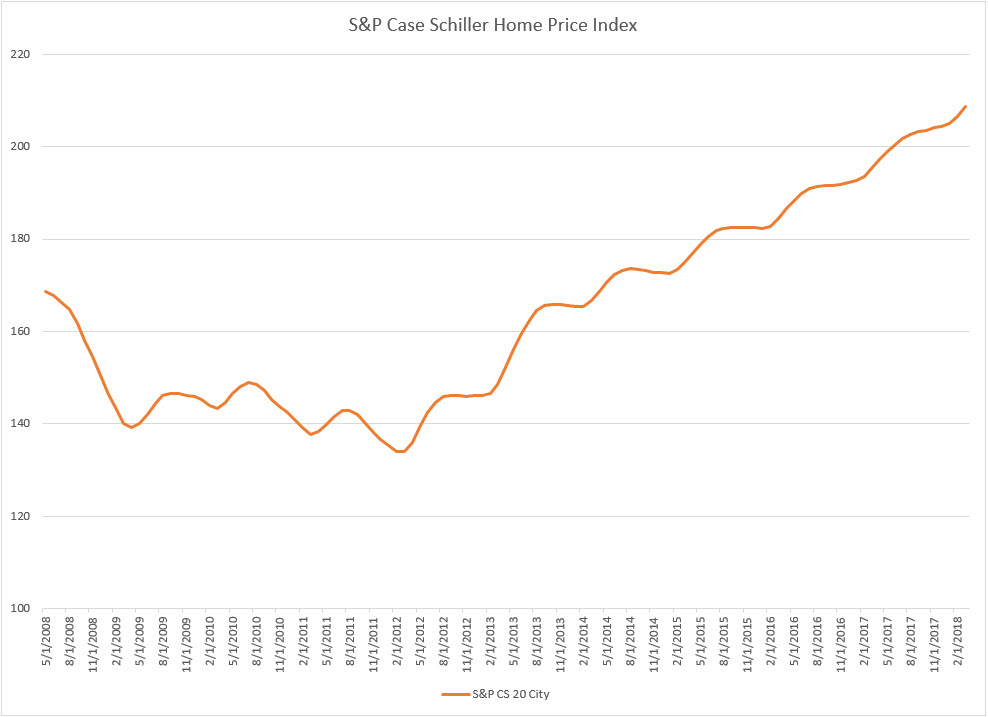 Speaking of indices, the S&P Case Shiller home price index recently came out and showed that home prices continue to climb.  The graph on your screen shows the trend of home prices over the past 10 years in 20 major metropolitan areas.  Home prices are now up 55% nationally since February of 2012.

In the coming weeks you should keep an eye on the following items:
1. First and foremost is the stock market and the trade disputes.  Will the economy keep roaring ahead and leave the door open for the FOMC to continue to raise rates.
2. Also, the shape of the yield curve; will the 2yr rise above the yield on the 10yr, which has been a great prognosticator of recessions.