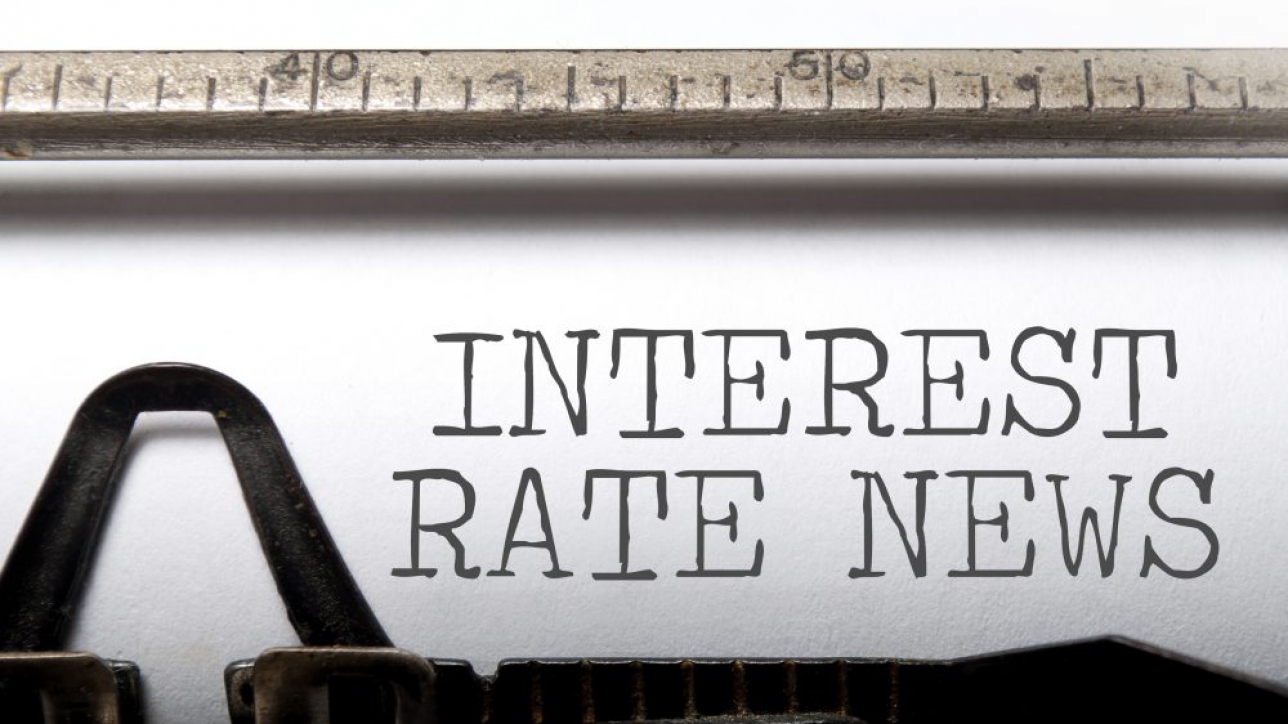 The Federal Reserve followed their telegraphed script by announcing the beginning of a large unwinding of the balance sheet in the FOMC meeting. The main details are as follows in how they will reduce the $4.5 trillion balance sheet:

In addition, 12 members expect the Fed to raise rates by at least 25bps before the end of the year with only 4 expecting the benchmark rate to remain unchanged. Another interesting piece is that 14 members expect rates to rise next year (average of 3 times for 75bps) but there are two members who still expect no changes to the Fed Funds rate or all of 2018. I appreciate their skepticism.

The unwinding of the balance sheet will have some impact to interest rates. It is in effect a reduction in demand for Treasuries and mortgage-backed securities which will inevitably lower their price and raise their yield. And with the Fed’s majority believing one more rate increase is in store before the end of 2017, this was a pretty hawkish Fed meeting. But what wasn’t so hawkish was the market reaction which only saw the 10yr move up a few basis points to 2.28% today.

Now in terms of the reduction of the balance sheet and the runoff of Treasuries and mortgage-backed securities, there is a technical aspect that is worth explaining. As I mentioned above the reduction of artificial demand from the US Government will, all things being equal, raise Treasury yields. Mortgage-backed securities are priced off of Treasuries so if Treasuries yields go up, typically so do mortgage rates. When you combine that with the reduced purchases of mortgage-backed securities, that means those yields will move higher disproportionately versus Treasuries (meaning mortgage rates should move higher faster than Treasuries yields). That is assuming all things being equal. However you may see rebalancing of positions where more buyers are attracted to the higher mortgage yields. It’s hard to say at this point but something certainly worth watching. See graph below showing the 5yr Treasury yield, the generic mortgage-backed securities yield and in red, and the spread between the two. As you can see the spread has come down (meaning mortgages have traded very well relative to Treasuries in recent months). We could be in for a reversal and that spread increase, which would be bad for mortgage rates.

The big buoy for rates really is GDP and inflation. Not to mention there has been no tax reform, no health care reform, no infrastructure spending plan, geo-political issues with regard to North Korea and threats of nuclear war, plus several hurricanes now in the gulf of Mexico and Caribbean.

The Fed talks a big game with their plans for rates and the balance sheet; their opinions certainly have to be acknowledged and respected, but until there is real inflation, rates should stay close to where they are today. Let’s just hope the market’s reaction to the unwinding is muted. 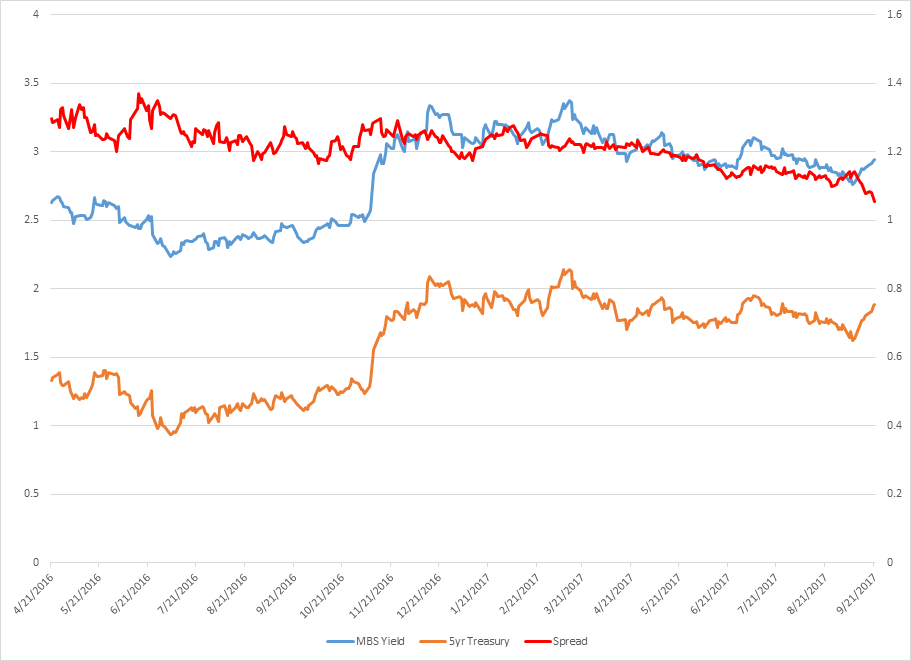