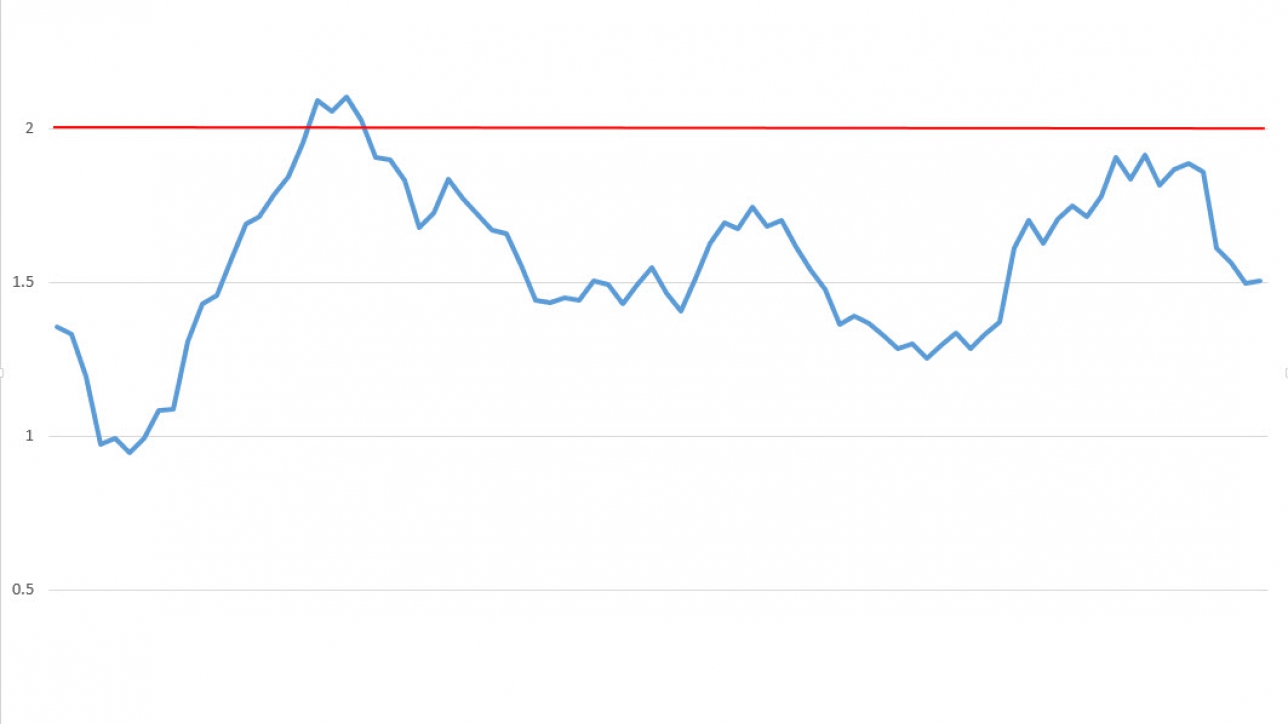 Today, we are going to talk about interest rates and low inflation.

With almost 8 months of 2017 now gone, interest rates are enjoying one of the longest runs of low volatility since the financial crisis. Take a look at the graph on your screen which plots the 10yr Treasury for all of 2017. Note that the 10yr is actually down on the year and this is in spite of the fact that the Fed raised interest rates in both March and June. There are still three FOMC meetings left this year but the odds of the Fed raising rates a third time have fallen to only 30%.

The 10yr has settled into a range between 2.10 and 2.40% and this is primarily driven by low inflation, the lack of tax reform and lack of health care reform. Speaking of inflation, please note on your screen the Fed’s preferred inflation measurement, Core PCE. The line in red indicates the Fed’s target of 2% and as you can see, other than for a few months in 2012, inflation has remained below the Fed’s target for over 7 years.

Inflation was nearing close to the Fed’s target in 2016 and post-election there was a lot of optimism that inflation would continue to rise. Fortunately for interest rates inflation has continued to fall and now the Fed is forced to make a potentially controversial decision on what to do with both interest rates and the balance sheet for the remainder of the year. As of right now the Fed is telling the market they will likely shrink the balance sheet in lieu of any interest rate increases. 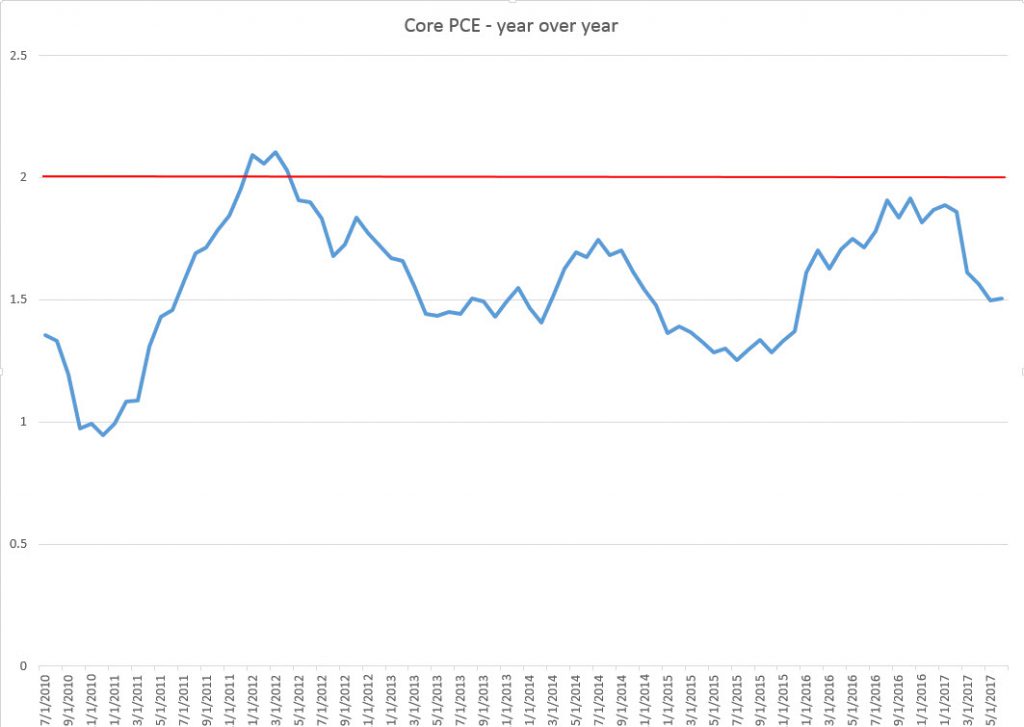 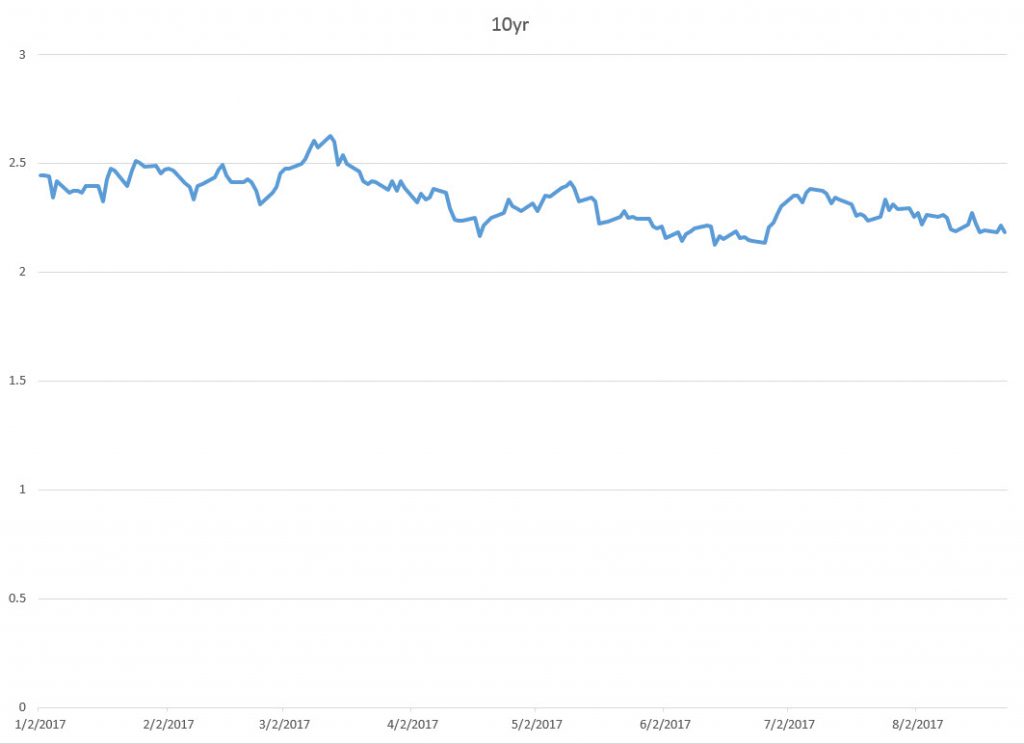