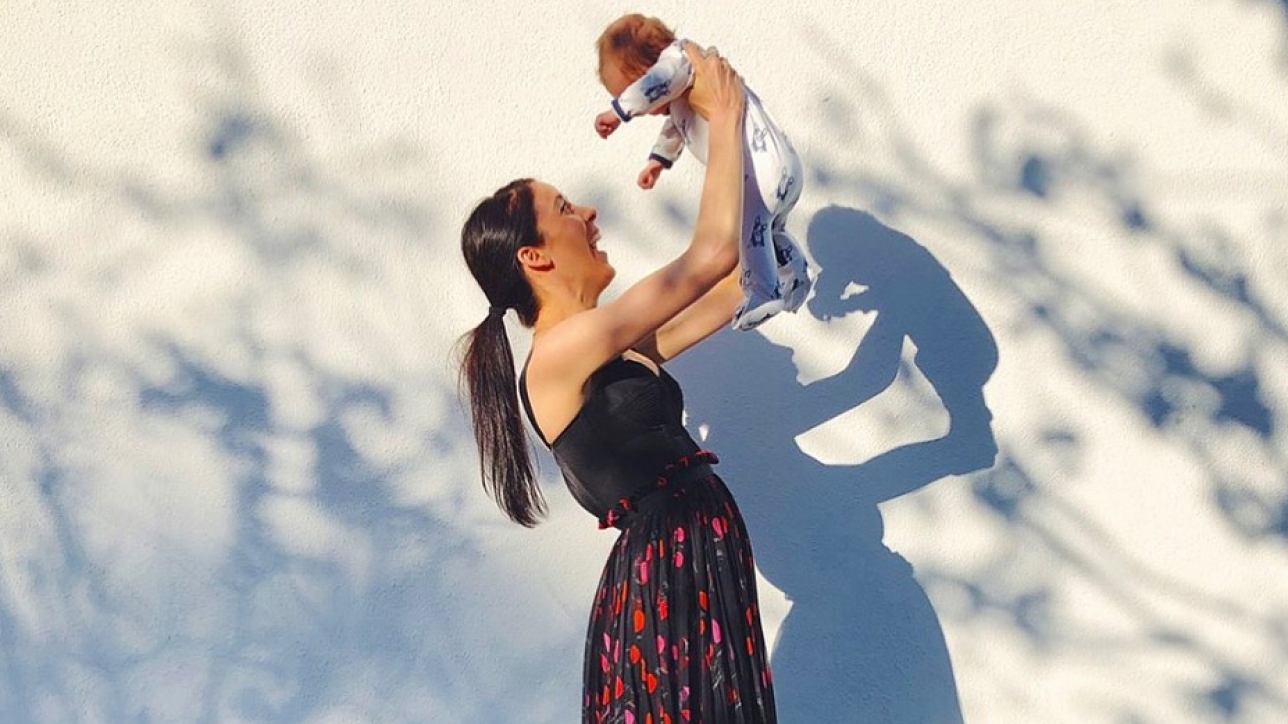 If you missed Part 1 of Molly’s story of bravery, honesty, her bun in the oven and her home buying experience, then you must read her story to understand how beautiful Part 2 turns out.

But to quickly sum up Part 1, for years of battling anorexia and one great fear she had, next to death, was not having kids and a family of their own. She feared she’d never become a mother or home owner. Until she took matters into her own hands and did things The Molly Way.

After talking to Beny about her options to purchase a home of her own and quite frankly feeling depressed about what you can (or can’t) get for your dollar in SoCal, she ended up finding a home in Pacific Palisades that she could purchase.

Not unlike her doubts about her body and her ability to become a mother, she doubted and asked herself “can I do this?” Can I afford to buy a house all by my tiny self?”

She sure could. And that is what she did.

In the midst of the home buying process, she struggled with the fact that she wasn’t a mother. It was time for her to take some action. Molly was just “over” finding the right mate to have a family with. After multiple rounds of fertility treatments, Molly got pregnant. At her first ultrasound she found out that she was carrying multiples. How would she manage that as a single mom?

As a twin herself, she made a decision with her fertility doctor that reducing from twins to a singleton was going to be the best option for her. And don’t judge. Not only were both babies at risk, but her health could also be at risk.

As she waited for the procedure, her mind going back and forth about whether she was doing the right thing, the doctor said, “there is something wrong with baby A’s heart.” The heart was far to the side rather than more towards the center and the stomach was up in the diaphragm causing the heart to be where it was. The reduction decision was hard but she still remains confident that was the best thing for mommy and baby.

Now she’s home owner and mommy to be.

Molly had a nice chunk of time to start nesting before baby Indy would announce his sweet self into the world.

She spent time creating a beautiful nursery in charcoal, black, and white. As soon as the crib and chair were set in place, everything started to feel real for her.

While setting up his closet with his tiny shoes, clothes and placing all of the hangers just so, she began to feel this soft and warm feeling come over her. She sat in the chair next to the crib and realized all of this was like a dream come true. 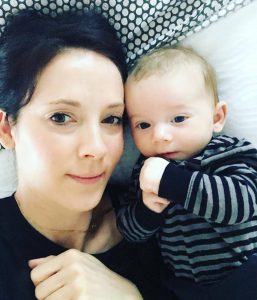 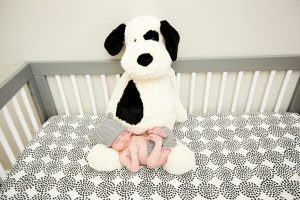 3am. After 5 hours of what she thought was just a stomach ache, her water broke and her parents rushed her to the hospital. Labor started pretty quickly after the epidural. She thought it was going to be hours and hours but that just wasn’t so.

Enter baby boy, Indy on a spooky night last year at 8:32am right on time.

Molly was probably expecting some random complication based on how her whole crazy life and body had been up to this moment, but she was graciously surprised with a birth that changed her from her soul on out.

Indy’s name is not without purpose in its meaning—it means origin. The origin of her new life independent of norms and marriage clichés. Independent Molly.

After a few days in the hospital, it was time to bring little Indy home. She was over-the-top nervous for the first time bringing him home. What would this be like all alone in this big place with just Molly and Indy?

As the front door of her new home opened and she walked through the door, the goosebumps rose all over her body.

“It was like I was fully adulting! It sealed the deal on real.” 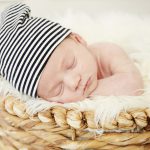 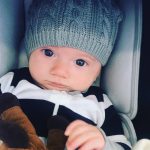 Adulting at Its Best

The clients that Molly has have been incredibly supportive while she took a much needed break with Indy. Some have come up to her home, brought her gifts, and enjoyed time in the nursery with her as well. The support system that surrounds her with love and has embraced her choice is next to none. And for that she is over the moon—grateful.

But at some point, returning to work was going to have to occur. Molly was a huge workaholic and she figured initially that she would be back to work after two weeks or so. It had been over 2 months before she was back at it. And she enjoyed every second of that irretrievable time.

But now the vacation was over and it was the worst feeling in the world for her.

“It was like someone was tearing off my arm every time I had to hand him over to someone else to take care of him instead of me.”

There are fears in adulting. One of which under Molly’s circumstances is that she fears she will miss monumental moments in his life that could never be returned to her. Days where bringing him to the park or music classes would not be possible was just going to be part of the mommy card. That’s what loving someone unconditionally and forever feels like.

Now back at the boutique full-time, she has learned to appreciate every moment and every second she gets to spend with Indy. But taking care of herself, her home, and her son is top priority! 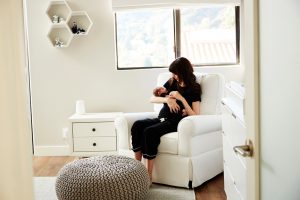 For those first 2 months, they were attached at the hip. Never quite being a home body, she likes to keep busy and not stay cooped up. Something that she has already added to her son’s framework. Her son.

Their new neighborhood is quiet and peaceful, which is wonderful for a new mom. The two of them walk around the neighborhood together everyday—he in his stroller, her in her yoga pants exploring where they live and getting to know the story and characters in her new life and her new neighborhood.

The community she chose to raise her little family in is on the road to big growth with greenbelts, parks, pools, community centers and more. She is looking forward to seeing him grow up and make friends, all while pinching herself over and over again for the blessings she has been given.

From Indy’s nursery there is a beautiful view of the mountains and the trees that they both get absorbed in. He’s not quite ready to be in the nursery by himself yet, or is it Molly that isn’t ready for him to leave? I mean he’s her little buddy!

Inside of the master bathroom, there is a gorgeous bathtub that is perfect for the two of them to giggle and take a bubble bath together; listening to music and singing to him while he splashes around.

There is definitely some baby proofing to do as he grows into his life and their home, but for now it’s tummy time.

“I never thought I was going to be able to live back here in the Palisades where I grew up. And here I am and can’t believe that I was able to accomplish this dream!”

Everything just fell into place and now she gets to share it with her little guy and raise a strong and good man for this world—in her pad in the Palisades.
__
To learn more about Molly’s personal journey of becoming a single mother by choice, follow her blog “Molly’s Choice” at:
https://mollyschoice.com/

Or go visit her at the boutique Elyse Walker in Pacific Palisades:
http://elysewalker.com/stylists