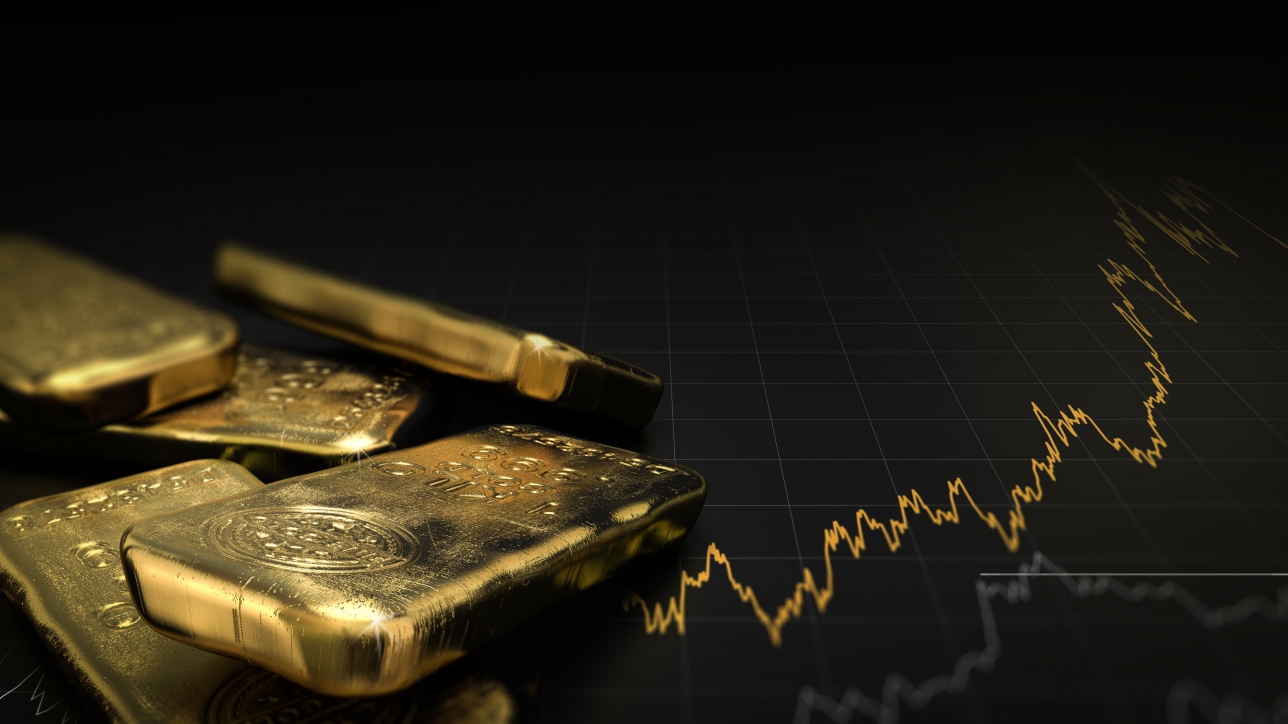 You probably noticed that there has been very little interest rate volatility recently.  In fact, the tight range on the 10yr Treasury in June was the smallest it’s been in several years.  July has put some slight upward pressure on rates and the growing consent is that the Fed is going to keep raising rates even though the yield curve might invert.

You might be asking yourself, “why are long term rates staying low even though the Fed keeps raising rates”?  There are several reasons but take a look at the following graphs. 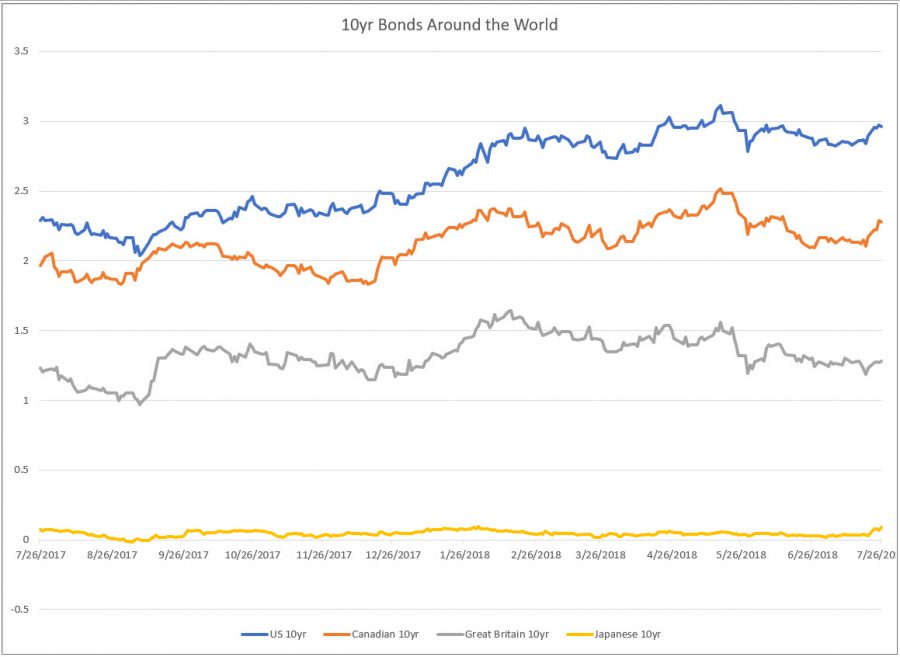 That graph shows the US 10yr over the past year.  Notice the yield has been pretty stable but rising ever so slightly.  Now look at the yield on the Canadian 10yr, the UK 10yr and the Japanese 10yr.  One big reason rates are staying relatively low in the US is that rates around the world in many countries are much lower.

A second factor is that the price of gold has come down materially.   The price of gold is dropping for two reasons.  The first is a stronger economy which raises the value of the dollar.  The second is the lack of inflation or inflationary pressure.  Normally during periods of high inflation, the price of gold and other commodities will rise rapidly.

Will this trend continue, or will eventually the long end of the curve finally rise, sending mortgage rates higher?

In the coming weeks you should keep an eye on the following items:
1. Watch the 10yr Treasury and whether it can stay below 3%.  If it climbs above 3.10% then it could be part of the push towards higher rates
2. Also, next week’s Fed meeting.  The market doesn’t expect them to raise rates but the language on whether they will raise once more or twice more this year is very important.
3. And last, let’s not forget about inflation data.  Will it give the Fed the excuse it’s looking for to raise rates?