Unwinding unprecedented stimulus is no easy task. We don’t envy the Fed’s position of raising interest rates to a more sustainable level as well as reducing the balance sheet, the $4.5 trillion balance sheet. And don’t forget to not scare the stock and bond markets, protect the labor market and maintain pricing stability with good GDP growth. Not to mention leaving out politics, fiscal policy, health care reform, tax reform and other items beyond the Fed’s control.

So when Core PCE was trending at close to 1.8% year over year in January, a new administration with huge growth plans was in office and all seemed right with the world; the prospect of three or maybe four rate raises this year seemed very palatable. Six months into the year, the labor market is strong, however Core PCE year over year is now down to 1.4% and potentially still falling, the Fed has raised interest rates twice with the possibility of a third AND they are considering reducing the balance sheet simultaneously; not to mention failure on both tax and health care overhaul so far. Doesn’t it seem a little premature to celebrate?

See chart below which plots the Fed Funds target rate versus Core PCE year over year. As you can see most recently the Fed Funds rate continues to move higher at the same time that Core PCE is coming down. Is the Fed acting too soon or are they acting appropriately given that Fed policy decisions today affect inflation figures months down the road?

Cut plain and simple, if the blue line continues to drop then the Fed was wrong. They will need to stop raising rates, potentially lower rates depending upon how low inflation goes and get a big ‘I told you so’ from the market. If Core PCE moves up and stays above the 1.5% annual rate then the Fed likely acted appropriately. But it’s still not that simple: raising rates is one thing and reducing the balance sheet is another. One has been done with moderate success many times while the other has never been done. Ben Bernanke was skewered for mentioning the tapering of asset purchases in 2013 and saw rates rise 100bps in 90 days for even suggesting it. The actual act of reducing the balance sheet will have unknown consequences.

There is a 99% chance the Fed will be second-guessed no matter which way they decide to go: raise rates, reduce the balance sheet or both. For the Fed to back off either stance would be a major display of weakness. More likely than not the Fed will move forward as it might be too late to change their mind. Of course I say that with some sarcasm. How many times has the Fed predicted rate increases for the year and not followed through with them?

Keep a close eye on inflation because this could be a wild ride. 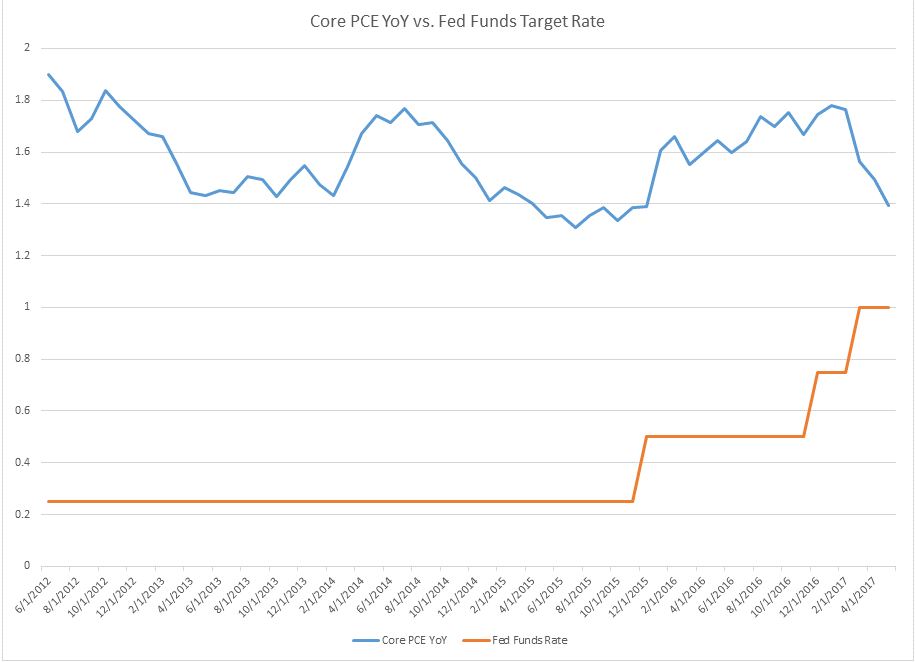 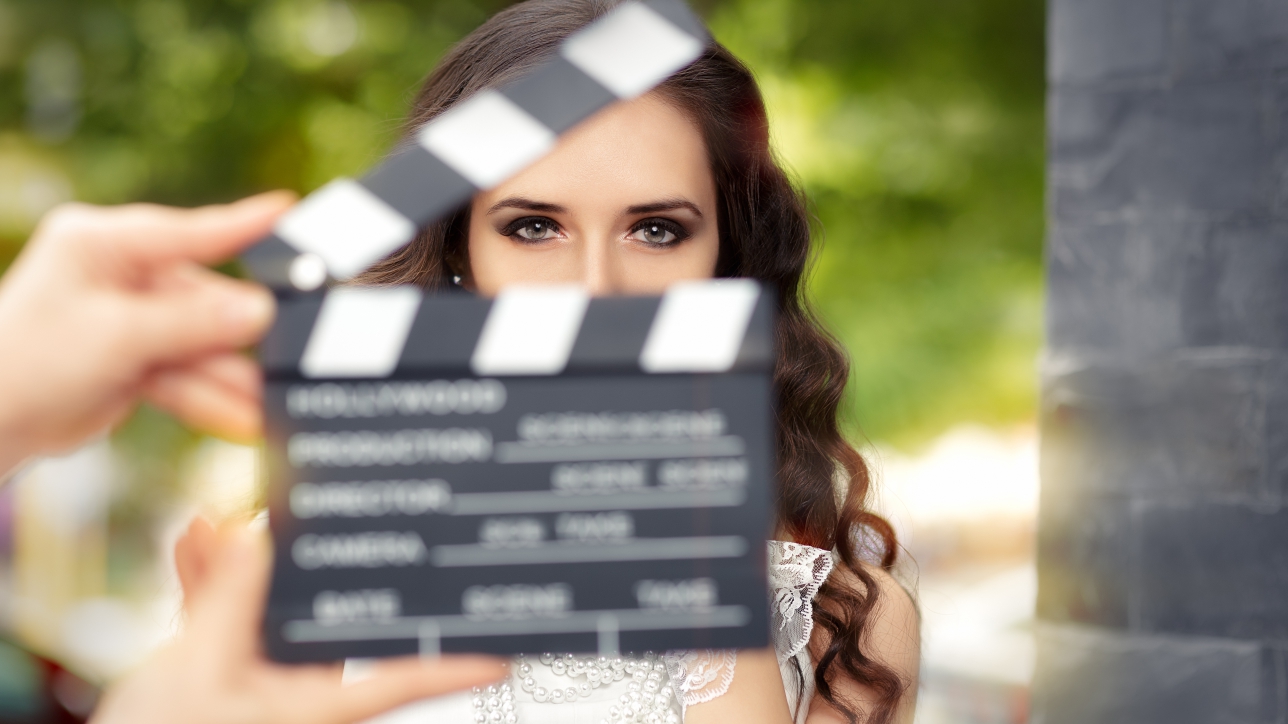 The Fed also updated its forecasts for interest rates and inflation.  The projection for inflation for 2017 was reduced to 1.6% from 1.9% and the Fed still anticipates one more rate increase this year but three next year.  If the Fed follows through with those increases then the FOMC’s benchmark overnight rate would be 2.13%.  Currently the 10yr Treasury is trading at 2.13%.  Let that sink it.  The overnight borrowing rate will be 2.13% in a year and half but an investment earning 2.13% annually would require an investor to tie up their funds in Treasuries for 10 years!  Why buy a 10yr Treasury?

Or to put it another way, the FOMC raised rates 25bps this week and long term rates dropped.  The yield curve continues to flatten (see graph below) while the Fed is forcing their narrative on the market.  They want to remove accommodation, build support for future rate changes in case of economic retraction and simultaneously not spook markets or liquidity.  One would expect with this announcement that the markets would price longer term Treasuries at a higher yield and mortgage rates would follow.  Recall that Ben Bernanke during 2013 mentioned the possibility of unwinding some stimulus and that sent rates up 100bps.  With this meeting the market had already priced in the rate increase but did not expect the balance sheet announcement.  Rates didn’t move higher because the long term Treasury market is not very concerned about inflation of any form and likely believes the Fed will have to lower rates sometime in the future.

This is a very dangerous game being played and the flattening of the yield curve should be taken seriously.  How the Fed unwinds the balance sheet (with or without rate increases) could profoundly affect rates.  I’m sure they will clarify if the unwinding is in lieu of the increase or in addition to.   Either way be cautious of rate volatility.  If the Fed is right, longer term rates are moving much higher.  If the market is right, the Fed will have to lower short term rates.

Side note: this isn’t the only threat to interest rates.  Tax reform, GSE reform and regulatory reform are all under review and reconsideration.  Any changes there could drastically affect interest rates and the housing market.  Please get involved and let your voices be heard.  We are at a pivotal point and our legislators are listening.  The new administration needs feedback and support before anything is written into law.  See link below on joining the Mortgage Action Alliance to support our industry and homeowners. http://apps.mba.org/Advocacy/MortgageActionAlliance/MAASignup.htm 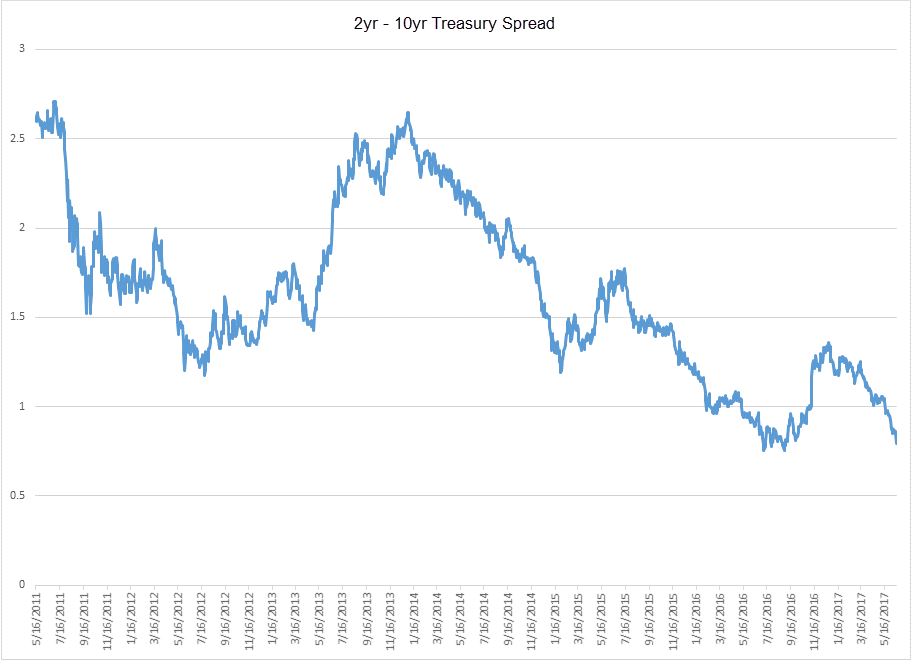 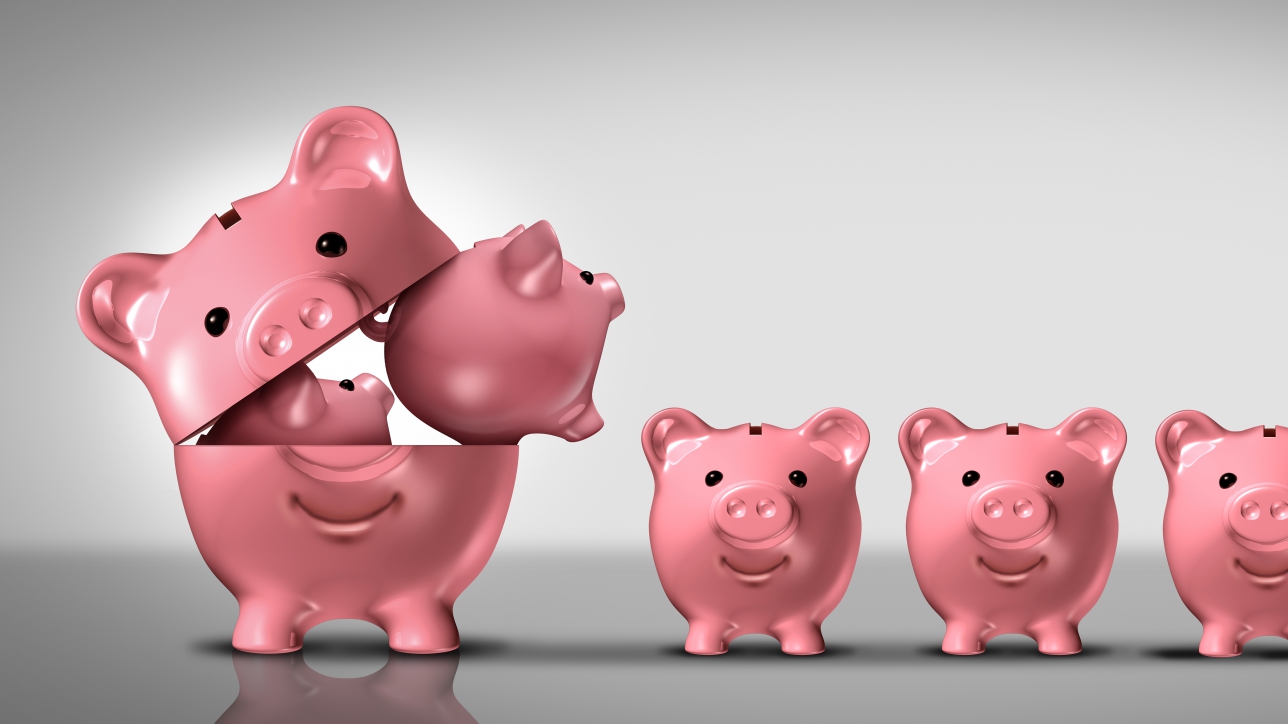 Reflation is different than inflation.

The “Reflation Trade” began right after Election Day and has been a “Great Rotation” from bonds into other asset classes, especially stocks. Stocks have climbed about 15% since the election while bond yields (along with mortgage yields) were up 75bps.  Remember prior to the move 2 weeks ago, the Fed only raised rates 25bps since the election but bond yields moved up 75bps.

The Federal Reserve had prognosticated three rate increases for 2017 and three increases for 2018 leading into the FOMC meeting. Going into the meeting was this notion that reflation is about to turn into inflation. The 2% target by the Fed would likely be exceeded thanks to tax reform and infrastructure spending. The “Animal Spirits” were awakened and suddenly the market was pricing in 100% chance of a raise at the March meeting with many pricing in four moves by the Fed in 2017 and 2018.  The 10-year was at 2.60% going into the FOMC meeting last week and once they raised the benchmark rate, Treasury yields and mortgage rates dropped.

If you thought mortgage rates were going to rise then you were with the 95% majority that thought the same thing. The market got ahead of itself with the Fed and the Fed told the market the exact same thing it said in December and February. They expect to raise rates three times in 2017 and three times in 2018.  The market wanted either four times in 2017 or four times in 2018. The market got caught shorting Treasuries into the Fed meeting and were forced to cover (buy them back), sending Treasury yields and mortgage yields back toward the lower end of this 2.30-2.60% range. Today, the 10-year is at 2.42% and if this range sounds familiar, it’s because we are coming up on almost 4 months of trading here.  When will we break out of this range?

I would call it a 60% chance of breaking the range to the upside versus 40% to the downside.  The market wants higher returns and wants rates to move higher; they want the reflation trade.  The Fed would love to raise rates to put more dry powder in their gun.  However, for rates to move higher, plain and simple there needs to be more inflation. Year over year Core PCE at 1.74% isn’t exactly a level that should send bond yields racing higher. The FOMC did say they still plan to raise rates three times in 2016 and three times in 2017. That’s not something to be taken likely, especially with business and consumer confidence higher. And that’s why I say 60%, out of respect for the power the Fed has, but the 40% also has a solid argument.

For rates to drop a few things would need to happen but the big two are inflation and jobs.  If Core PCE year over year drops or job gains start to erode and the unemployment rate rises there could be a massive reversal and bond yields could break down below 2.30%. If they break through the lower side, they could drop all the way to 1.80%. The chance of that happening in 2017 is relatively low as there would likely be some warning signs now.  Also take note of the Dot Plot, the Fed’s prediction of future rate changes:  two particular members don’t believe the Fed should raise any more in 2017 and one doesn’t think they should raise in 2018 as well.

How is that possible?  The doves (lower rate members) believe the Fed can wait longer because this isn’t an environment for fast moving inflation whatsoever and it’s a viewpoint I agree with.  Unemployment is holding steady but isn’t dropping even with rates this low, commodity prices are coming down, the stock market is very frothy, there is still a debt ceiling battle, tax reform battle, infrastructure battle and health care overhaul battle upcoming with no clear signs on direction.  Last but not least the economic environment in Europe is uncertain as the actual Brexit is scheduled to begin and there is talk of Frexit (French exit from the EU). Nationalist movements will limit economic activity and bring rates down.  With the amount of debt being incurred across the globe and the inability to balance budgets, governments may decide a more nationalist approach is the lesser of two evils.  That is speculation but the point remains there are serious unknown risks out there. 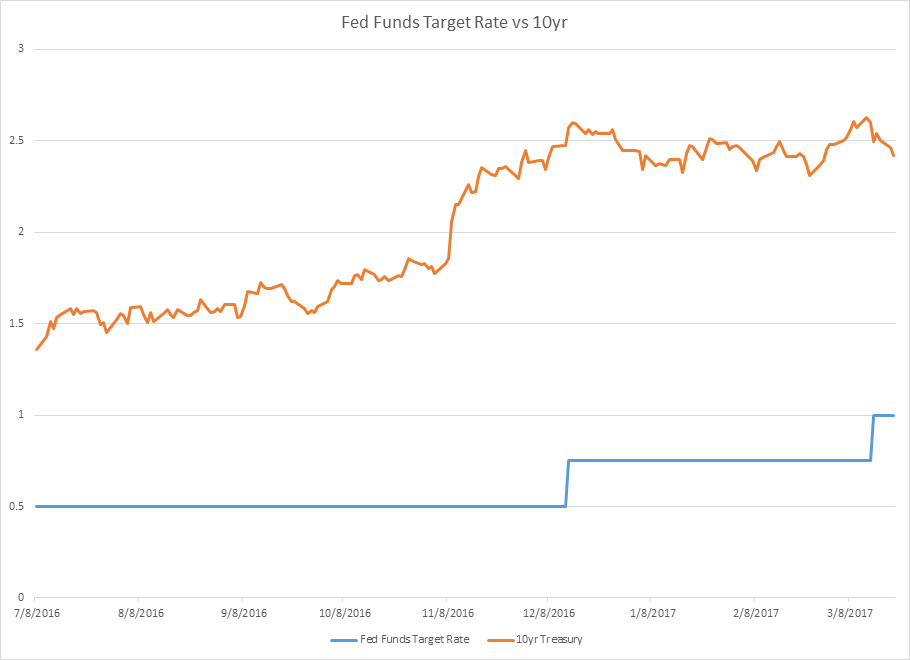 Watch the video here of this market update!